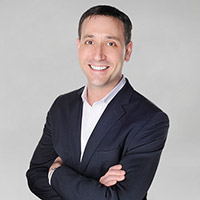 Mr. Lungariello is the President and Chief Executive Officer of VAH and has served on the Company’s Board since 2017. Mr. Lungariello brings over 20 years of aviation, financial services, and financial restructuring experience, 9 of them with the Company and its Affiliates. Mr. Lungariello was previously the Executive Vice President and Chief Financial Officer of Intrepid Aviation, the predecessor to VAH, and Amedeo where he was part of the leadership teams responsible for the build out, growth, and advancement of those organizations. Prior to Intrepid, Mr. Lungariello was part of the executive leadership team of Southern Air Inc., a privately held ACMI Cargo operator that has since become part of Atlas Air. Mr. Lungariello began his career and has held various management positions at PwC, Ernst & Young and KPMG in their Advisory and Assurance practices, and serviced a broad array of aviation and financial services clients. Mr. Lungariello holds a M.B.A from NYU Stern and he holds a B.S. in Accounting from Manhattan College. Mr. Lungariello is married and spends most of his free time with his four children.

VAH | Board of Managers